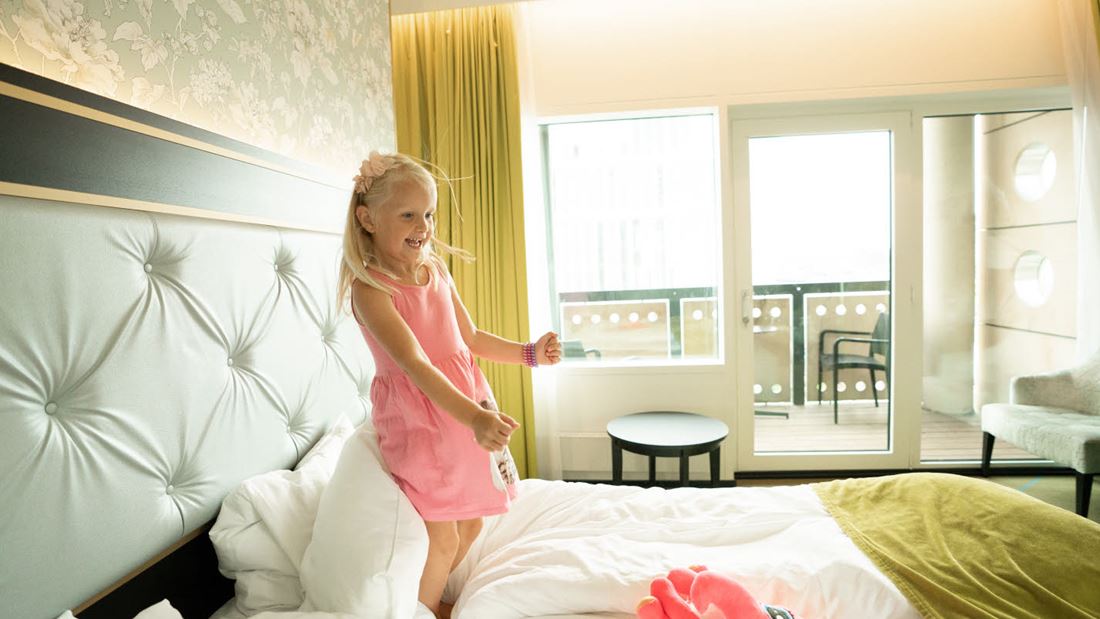 On holiday with children in Oslo

Oslo is not just Norway’s capital, but also the children’s capital. The range of activities is great here and there are plenty of things to do for children of all ages.

In the middle of the city is the Oslo Reptile Park, a small and intimate place where you can see snakes, lizards, turtles, crocodiles, spiders and marmosets. There are separate times when they feed the animals and visitors can pet snakes. It is closed on Mondays.

Norway’s largest amusement park is only half an hour by bus outside Oslo, or ten minutes by car from Thon Hotel Ski. In this seasonally open park, you will find exciting and fun activities for the whole family.

At Leo’s Lekeland play park, children can play on the playground equipment, trampolines and slides. Leo's Lekeland is located in Ulsrud. Children under one year of age and adults enter for free at both Leo’s Lekeland and the Eventyrfabrikken play centre.

Oslo Sommerpark is open during the autumn holidays

Tryvann is home to the Oslo Sommerpark - a climbing park in scenic surroundings. Here, both young and old can swing through the trees and try out the fun zip lines. They also have their own climbing park for the youngest (3 years and up). Oslo Sommerpark is open in the autumn holidays from 28 September – 4 October. We recommend pre-booking tickets.

Take the children on a scavenger hunt

The scavenger hunt is about finding posts by following a set map (physical and app). These are located in various locations in Oslo. After each registered post, you will be entered into a draw to win great prizes.

The new library, Deichman Bjørvika, can entertain both children and adults. Here you will find thousands of books, but also cafes, various workshops, a cinema and a large area to relax with a good book.

Have cocoa at Cocoa in Toftesgate on Grünerløkka.

Eat fresh buns at United Bakeries at the Paleet shopping centre at the top of Karl Johan.

Åpent Bakeri also has several cafes in Oslo, including Damplassen in Ullevål Hageby and on Inkognito Terrasse in Frogner. Here you can spoil yourself with freshly baked rolls, homemade jams and fantastic baked goods.

Pascal has several branches in the city centre, the one on Henrik Ibsen’s street 36 is located close to Slottsparken. Here you can indulge in delicious cakes, chocolate and delicious lunch dishes.

Espresso House is a popular chain with great muffins, coffee and sandwiches in attractive premises. Foiund all over the city, including two cafes in Majorstua, on both Bogstadveien and Valkyriegata. 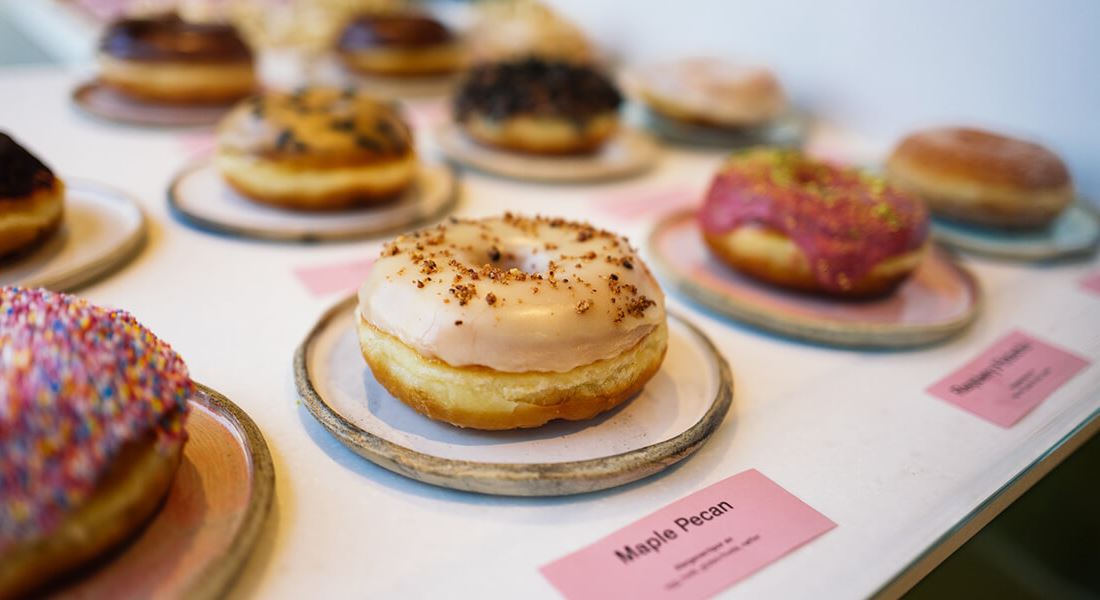 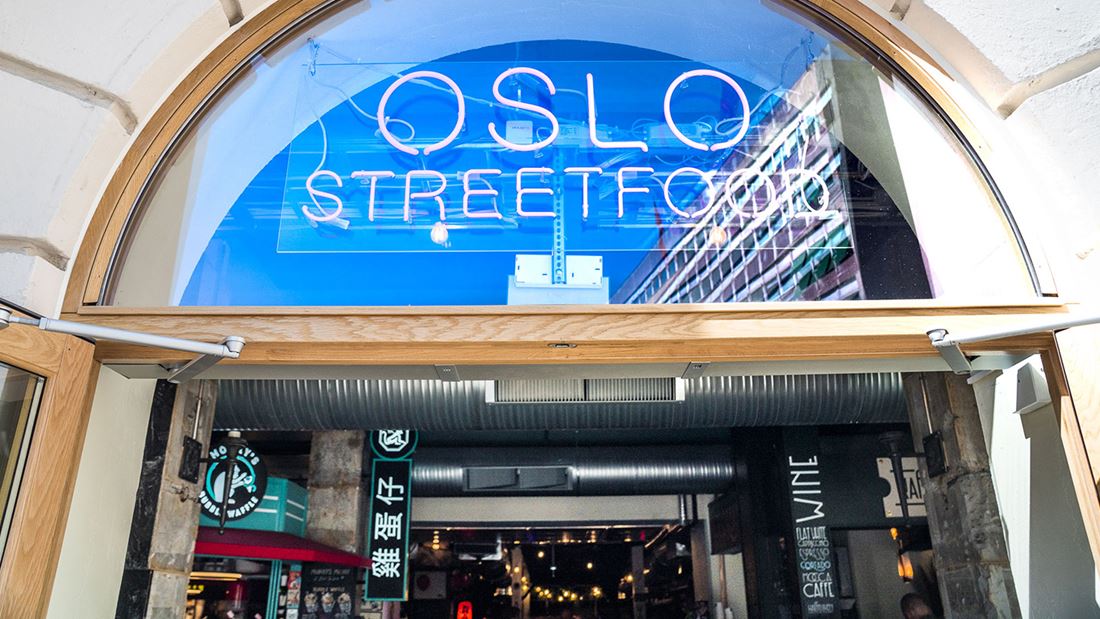 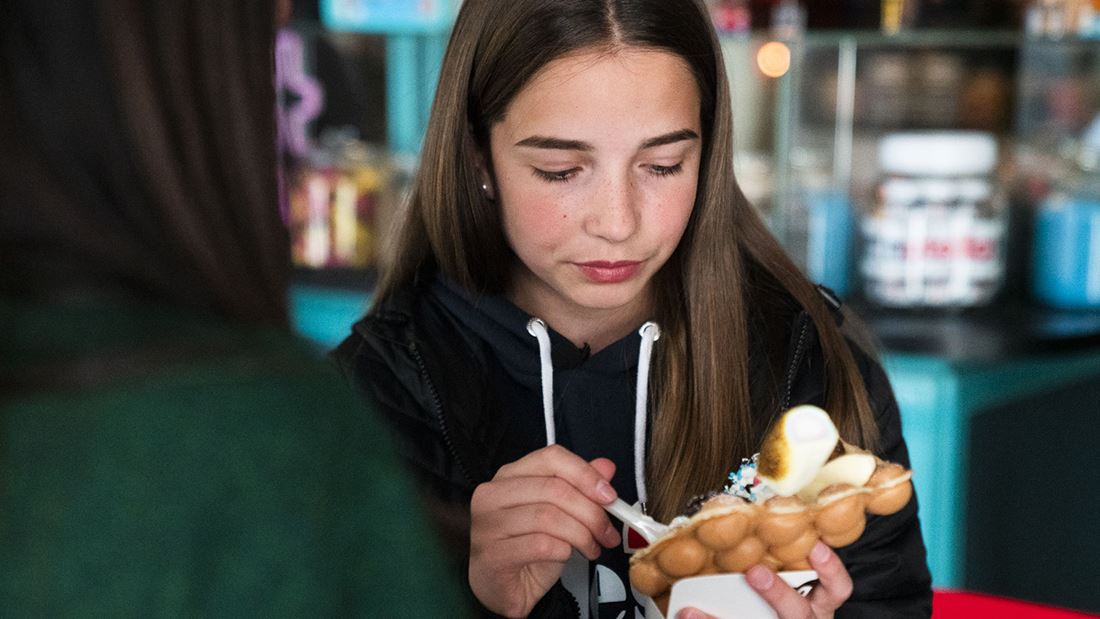 Many children like pizza, and you can get authentic Italian pizza at Villa Paradiso, which is located both at Grünerløkka and by Solli plass.

Pizza da Mimmo is a tiny place and has few tables, but is very intimate and cosy. Book a table in advance to avoid being disappointed.

Olivia also serves fantastically good pizza, and there are other Italian dishes on the menu, too. Olivia has several restaurants in Oslo, including Tjuvholmen, on Hegdehaugsveien, in Østbanehallen and on Aker Brygge.

Lofthus Samvirkelag can be found in several places in Oslo and also has very good pizza, including reindeer carpaccio and truffle salami on the pizza and the choice of white crème fraîche sauce or tomato sauce.

Teatro at the National Theatre also has good pizza.

If you have children who want to try sushi, Oslo S is the place. There is a wide selection of sushi places. An informal place to pick your own sushi from a conveyor belt is Yo! Sushi that you will find at Østbanehallen.

Yaya’s is a colourful oasis where they serve Thai food. There is a lot to see here, and the place plays the sound of thunder and lightning from time to time, creating a unique atmosphere. Yaya’s has three restaurants in Oslo, at Majorstua, in Vika and in the centre behind the Parliament in Øvre Vollgate.

Indian cuisine and a special children’s menu can be found at the restaurant Der Peppern Gror, which is located close to the City Hall.

At the Technology Museum, children can learn, try, play and discover. There are large exhibitions of planes, cars, trams, trains, bicycles and computers. Children and adults can learn about technology, industry, science and medicine here. The Technology Museum is located at Kjelsås in Oslo and it is easy to get here by public transport.

The Astrup Fearnley Museum of Modern Art can be found at Tjuvholmen. The permanent collection includes Damien Hirst’s "Mother and Child (Divided)" where a cow and a calf are split in half and placed in formalin containers so that you can walk inside the animals and see the intestines. The museum is a work of art in itself and offers fantastic views of the Oslo Fjord.

Join a guided walk designed for children, where you will hear exciting stories about heroes, battles, escapes and ghosts at Akershus Fortress. 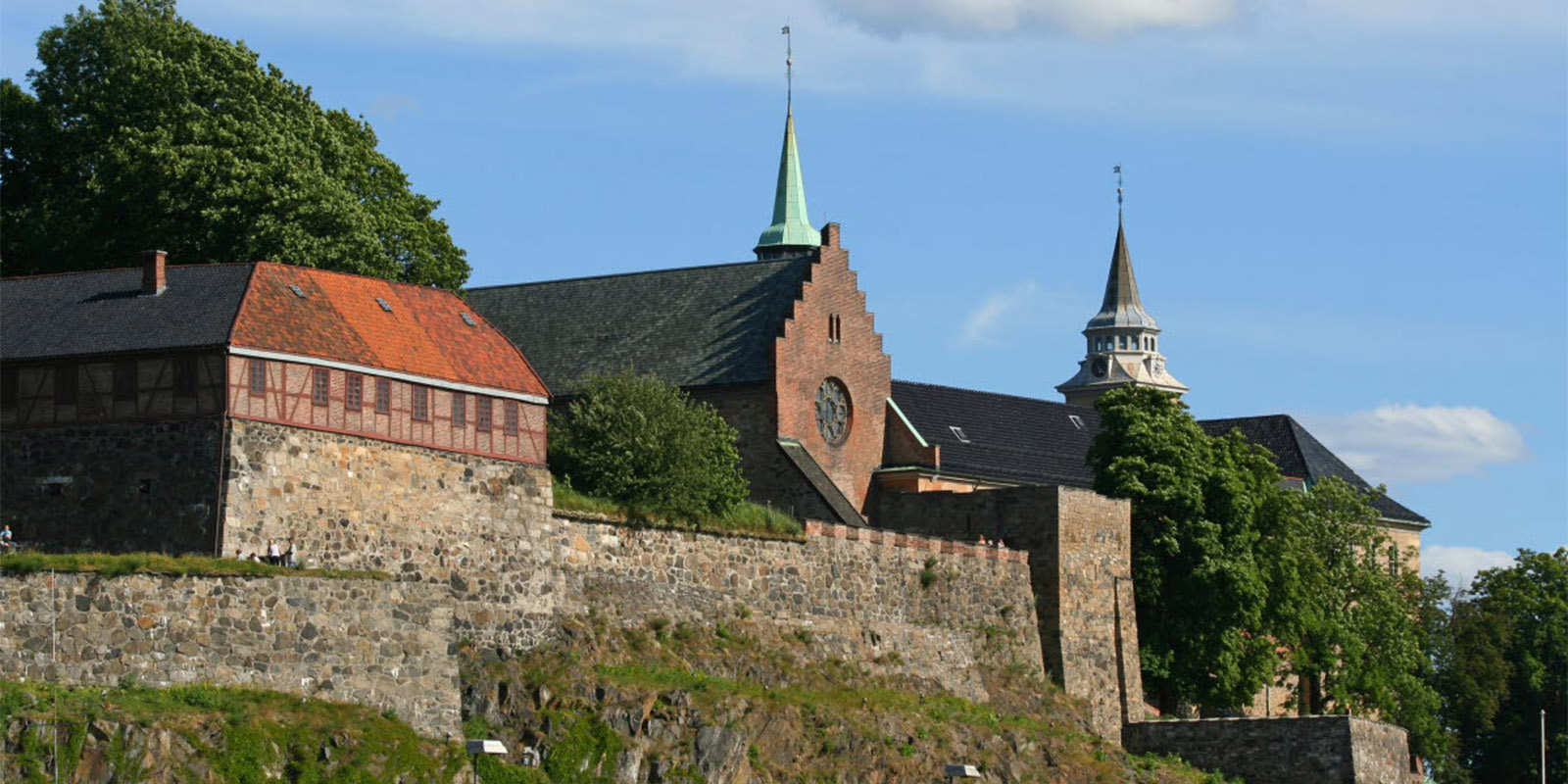 The International Museum of Children’s Art

Go on a chocolate visit at Freia’s experience centre Freialand and learn about the history of chocolate. The visit includes a tour of the production facilities and the opportunity to pour your own chocolate. Chocolate is of course served throughout the tour.

A lot has happened at Storo in recent years, and the area is now home to the country’s largest cinema centre, Odeon Oslo.

The cinema houses 14 different screens - enough to fill 1700 seats. The largest screen is an IMAX screen, with a screen as tall as a five-storey house. The cinema centre is also the only one in the world with laser projection and a DOLBY ATMOS sound system in 13 of the auditoriums. It’s all about great picture and sound quality. A world-class movie experience. 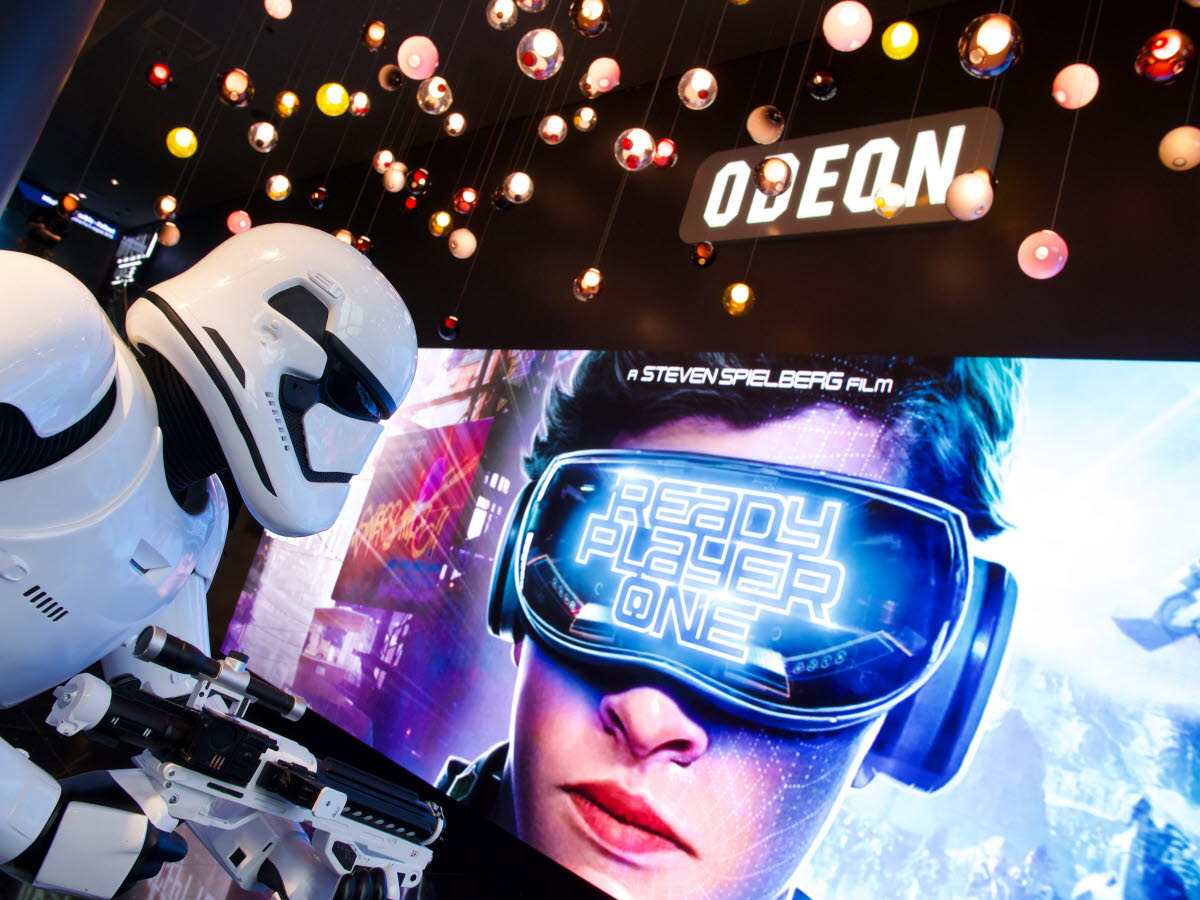 On Saturdays and Sundays, children can experience both new and old classics at the Children's Cinematek. They also organise various events for children throughout the year.

Where the Eldorado cinema used to be, you will now find the largest bookstore in the Nordic region. At the Eldorado bookstore on Torggata 9, they have a large book collection and coffee shop, but also their own film club for children. Every Saturday there is free movie and popcorn for children.

Tryvann is home to the Oslo Winter Park, a ski resort with 18 slopes, 11 lifts and a new 6-seater chair lift. There is a separate ski school here, and the whole family can rent both skis and ski clothing. There are three eateries in the facility, and you can get healthy and organic food such as homemade stew, soups, waffles, buns and stone oven-baked pizza.

The toboggan run at Frognerseteren is called the Corkscrew and runs from Frognerseteren to Midtstuen. The run is free of charge and you can hire a wooden sled or toboggan for approx. NOK 100–150 if you do not have your own toboggan. If you want to ride several times, you can take the metro from the Midtstuen up to Frognerseteren again in 16 minutes.

Get into the big city atmosphere by ice skating in Spikersuppa, which is in front of the Storting, or head to Majorstua where you can go no a larger rink at the Frogner stadium ice rink. You can also skate on long-distance skates on the outside. Both places rent out ice skates. 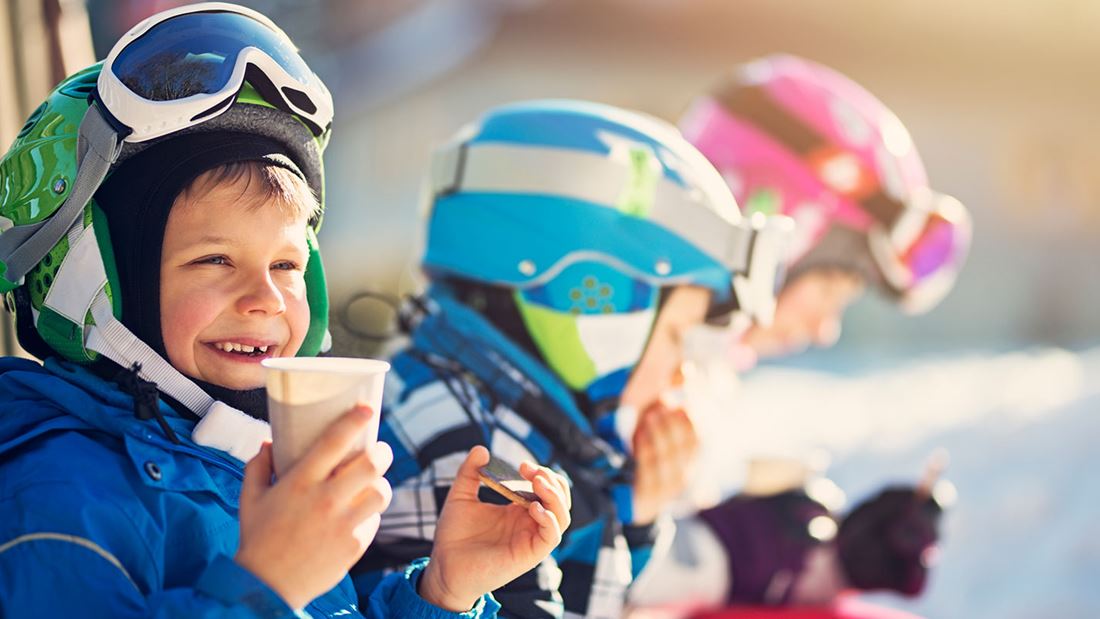 A good tip when choosing a hotel for a family holiday is to consider the location. Even though Oslo has a compact city centre, the activities are spread out all over the city and the proximity to public transport is therefore important. The selection of children-friendly restaurants is also the biggest in the city centre, and you are never far away from a park when you choose to stay in the city centre.

Thon Hotels, as the city’s largest provider of hotels, has several hotels that offer larger family rooms and suites. Right in the centre you will find:

If you come in your own car, it is no problem to stay just outside the city centre and take public transport into the city centre. For families with children we recommend: 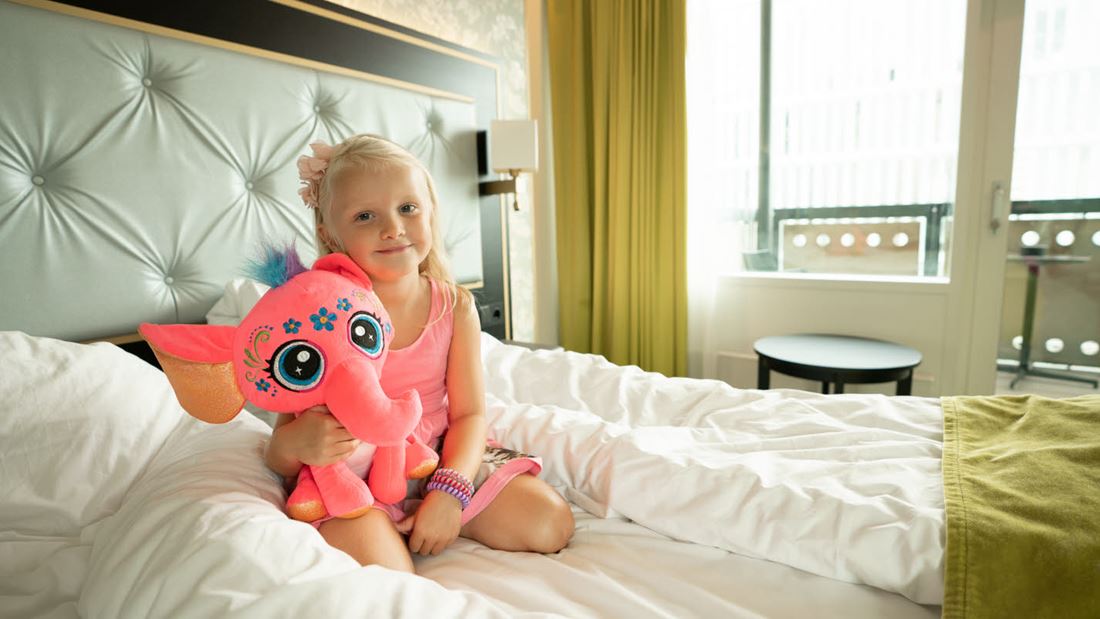 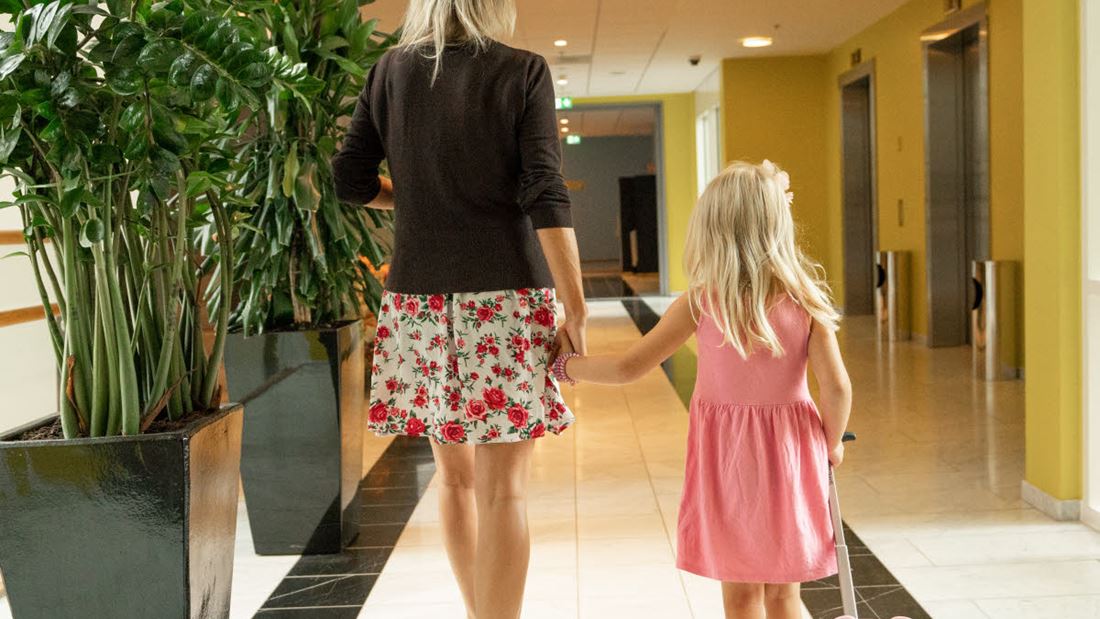 Apartment hotel for the family

An apartment hotel can be a good solution for families with children. They are often larger and have separate bedrooms, which means that the adults do not have to sit in bed and whisper in the dark after the children have fallen asleep. The ability to make your own food is also something families with children often appreciate. Breakfast is included in the price at all our hotels in Norway. Here you can enjoy a large selection of both hot and cold dishes, as well as most of the cold cuts you could wish for.

Thon Hotel Oslo Panorama is located in a quiet area but with Karl Johans gate just minutes away. Several of the rooms have the option of a sofa bed in addition to a separate bedroom, as well as a kitchenette. Some of the rooms also have a balcony and on the upper floors you get a fantastic view of the fjord as a bonus.

Thon Hotel Slottsparken is an apartment hotel in the exclusive neighbourhood right next to the Royal Palace, but within walking distance of everything Oslo has to offer. Large apartments with up to two bedrooms make it perfect for families with children. 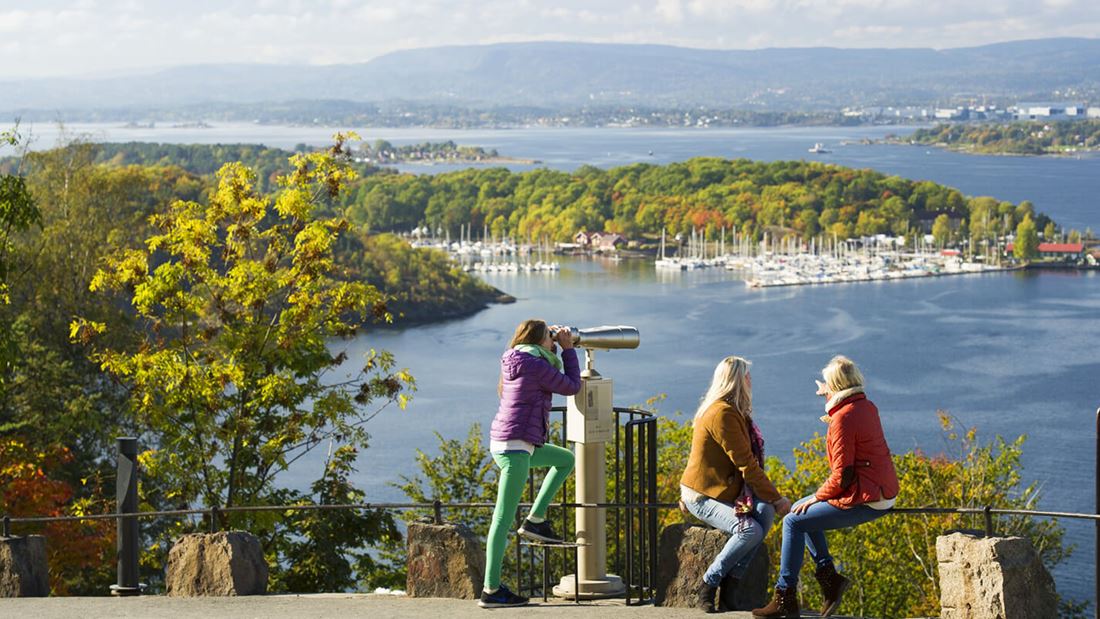