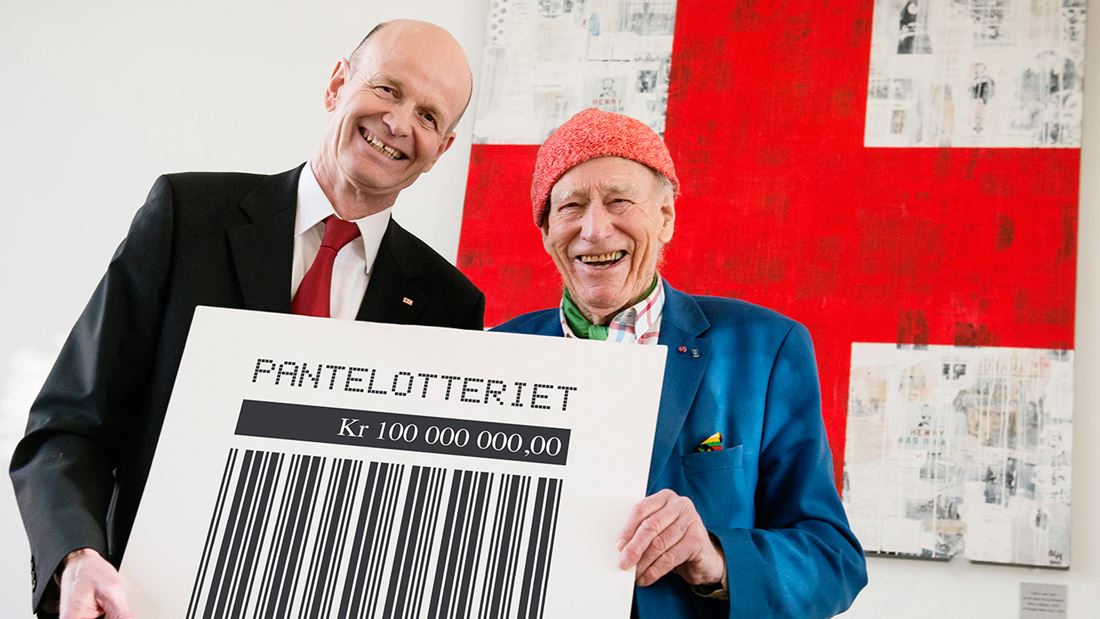 In the Pantelotteriet, you can benefit from taking the time to recycle your used cans and bottles at designated bottle collection points by using it as an opportunity to play the lottery. Every time you use these collection points, you can win as much as NOK 1 million – and the proceeds go to the Norwegian Red Cross.

The proceeds from the Pantelotteriet go directly to the Norwegian Red Cross. As of the start of 2020, the lottery had raised NOK 300 million for the organisation! The lottery has become one of their most important sources of revenue.

The money helps to fund local outreach work by the Norwegian Red Cross throughout Norway. This includes programmes such as tutoring, refugee assistance, home visits to those in need, and the Flyktningeguide for asylum seekers.